Today, the Donohue, O’Connell & Riley team serves as tax, estate planning and elder law counsel to over 5,000 businesses and individuals, advising them on how to save taxes and structure their affairs to preserve their legacy and ensure a smooth transition of their hard-earned wealth between generations.

Our attorneys are available at two locations in the Lower Hudson Valley and in New York City. We also have two offices in New Hampshire, so clients can access the state’s favorable tax laws.

We look forward to the opportunity to understand your unique situation, customize a best-in-class plan and provide a valuable relationship over many years as your needs evolve.

Our firm traces its roots to 1931, when Orville H. Mann, Sr. established his practice in the village of Nyack, New York along the Hudson River, where he practiced for 48 years. Orville H. Mann, Sr. served as Rockland County Bar Association and graduated from Princeton University and the Columbia University Law School.  In 1961, his son, Orville H. Mann, Jr., also an graduate of Princeton University, joined his father to continue their legacy under Mann & Mann, P.C.  In the early 80’s, Attorney Robert P. Lewis, Jr. brought his legal and judicial experience to the firm to form Mann, Mann & Lewis, P.C.

About 10 miles west of Nyack, in the hamlet of Pearl River, New York, Orville H. Mann, Jr.’s uncle, Edmond L. Mann, and Attorney Marshall Rooney, were partners at the firm Mann & Rooney, dating back to the 1940’s.  In the 1970’s Attorney Rooney joined the firm Amend & Amend, where Attorney James K. Riley and Thomas F. O’Connell were partners.

In 2001, Attorney Joseph M. Donohue began his legal career, working in the New York and Paris offices of Leboeuf, Lamb, Greene and MacRae, LLP. Driven by his entrepreneurial spirit, Joe founded his own practice in Warwick, New York, in 2007.

The firm established a presence in the Granite State in 2013, to take advantage of New Hampshire’s favorable tax and regulatory climate for trusts.

Since then, many of the firm’s clients have created trusts domiciled in New Hampshire for tax savings, long-term security, and flexibility.

In 2017, Donohue, O’Connell & Riley PLLC was established through the merger of Donohue & Associates with O’Connell & Riley. Attorney Kristin Canty became an equity partner in the firm at that time and manages the firm’s Pearl River office. That same year, the firm opened its Exeter, New Hampshire office.

Donohue, O’Connell & Riley PLLC continues to prosper and sharpen our focus in 2020. On the seacoast of New Hampshire, the firm welcomed Attorney Terrie Harman of Harman Law Offices in Exeter in an of counsel role. Terrie brings with her 40 years of litigation experience and the estate planning clients of retired attorney Daniel Jones.

Today, we are committed to continuing the long-standing legacies of our predecessor firms by helping families with quality estate planning, tax and elder law services. With attorneys admitted in across the northeast, clients have the opportunity to benefit from both our local presence and regional scope. 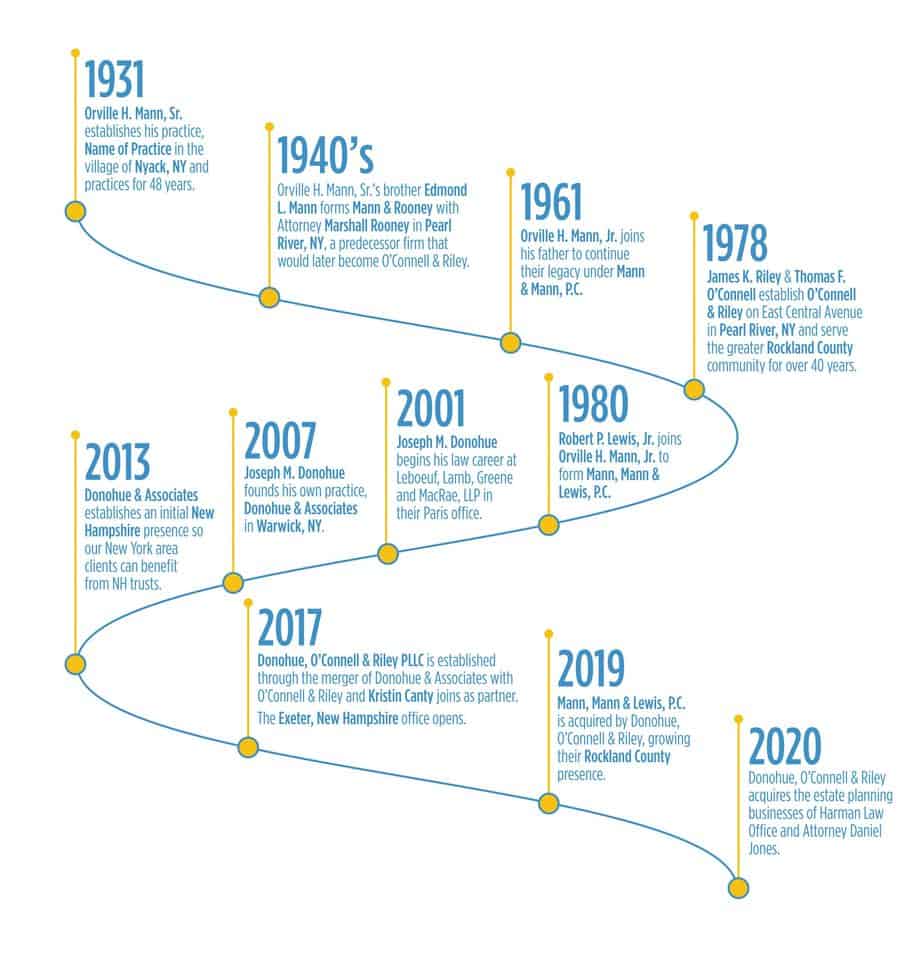 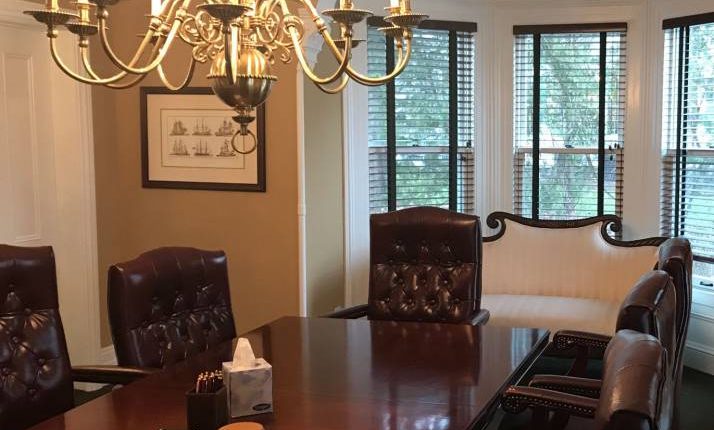