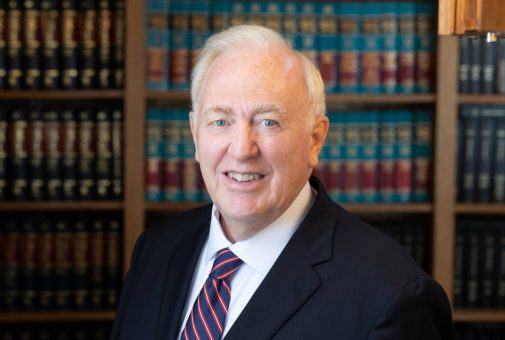 Attorney Robert P. Lewis, Jr. has deep roots in the Nyack community, including over 50 years of legal and judicial experience. As a partner of Mann, Mann & Lewis, P.C. since 1969, a Village Attorney for the Village of Upper Nyack since 1977 and a Village Justice spanning several decades, he has had a distinguished career.

Along with his career accomplishments, Bob has been an active member and leader for many local civic and faith-based organizations. Mr. Lewis has also served in the military as a First Lieutenant, and was awarded the Cross of Gallantry and two air medals for his combat tour of duty in Vietnam.

Attorney Lewis has moved to an of counsel role with Donohue, O’Connell & Riley. He enjoys continuing to serve as an advisor as he transitions his long-standing Rockland County relationships.